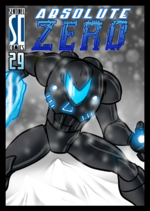 Twenty years ago, Ryan Frost was on the fast track to success. A recent college graduate, Ryan had everything he could want: a new apartment in the city, a beautiful fiancee, a dog, a car, and the promise of his dream job just over the horizon. Everything seemed to be going his way - until the night fate took it all away.

In the midst of an unreasonable fight about groceries, Ryan's fiancee walked out of their apartment. They'd had bigger fights before, and they both knew that this was just a bad moment. What neither of them knew was that it was their last.

While she was driving across town, a drunk driver ran a red light as she was driving through an intersection. The police said the other driver was probably doing around 110 when he hit her. Her car rolled six times, and she was dead before the emergency crews even got there. The other driver? He survived. His ribcage was crushed, and his leg was broken. But he survived. A repeat offender, he was sentenced to the maximum time possible: 15 years. With good behavior, he'd be out before Ryan's fiancee would have turned 40.

Ryan Frost died that night, too. His body lived on, but his spirit was torn apart. He would always blame himself for her death, questioning what he could have said to keep her from going, regretting fighting over something so stupid. Frost spiraled into a deep depression. Nights of drinking melted into weeks. When his dream job finally called him in for an interview, he never even showed up. When his money ran out, he took the first job he could find, becoming a janitor at the Pike Cryogenics Laboratory.

For five years, Frost labored in obscurity and depression until fate took another ugly turn. While waxing the floor of the cryolab, Frost was caught in the explosion of a malfunctioning sub-zero atomizer. Miraculously surviving the blast, his mangled body's core temperature was permanently dropped to nigh absolute zero. Temperatures warmer than liquid helium were as fire; room temperature air burned his body as if he were engulfed in flames. The shock of the explosion, combined with the drastic change to his biochemistry sent Frost into a coma. With no known cure for his condition, the lab placed him into stasis until a treatment could be found.

He spent over ten years unconscious and alone in his frozen chamber, until the government took his situation over in the name of the Freedom Five Initiative. He was operated on under the extreme conditions of a cryogenically frozen operating room, designed by Dr. Meredith Stinson. When the procedure was finished, he regained consciousness, but could not leave the tiny cryo chamber. He was offered a choice. Dr. Stinson had created a mobility enhancing suit for him that was capable of maintaining internal temperature of absolute zero. He could have the suit and work to pay it off as the fifth member of the government's team of heroes, or he could spend the rest of his life locked inside his cryo chamber. Frost refused. "Better bored in here than dead out there," he told them. However, after two mind-numbing years, he reconsidered. Ryan Frost accepted the offer, becoming Absolute Zero and fighting for the good of mankind to pay off his debt and attempting to live as normal a life as possible.

Henry Goodman was a lab assistant in a military facility. You have find new ways to beat those Nazis after all; that is, until those Nazis break into your lab in an attempt to prevent you from being able to do so. The ensuing fire fight destroys a lot of the equipment and kills Henry's boss. Henry grabs a prototype Negathermo device and fires it at the Nazis - freezing them in a line of ice across the room. He later refines this device into hand-held "guns" and becomes the hero known as Absolute Zero to fight Nazis.

He didn't have his own book. He was introduced in a b-story in Justice Comics and continued to show up in one-off stories in anthology titles (All-Preferred Comics, Greater Comics, United Men Comics, Fearless Comics), none of which were successful titles that lasted (explaining why the game features no flavor-text from them). Not even characters that appeared in them proved popular enough to be retained for the long-haul - Bunker showed up in them occasionally too, but that specific iteration of the character didn't last either, he wound up being reworked when The Indestructible Bunker launched later. Absolute Zero was popular at first, but was not very interesting as a character (nor was he well-written) and quickly fell by the wayside as more popular/enduring characters got introduced.

This story of the Golden and Silver Age of Sentinel Comics explains the complete rework that Absolute Zero took when Christopher and Adam were first designing him, from basically a cold version of Ra, a blaster, to the more nuanced version in the original SotM box set.