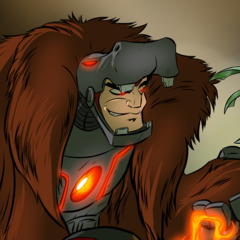 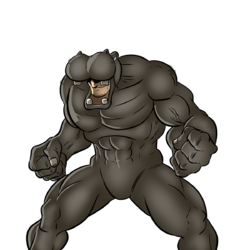 Edward Wagner, part of the family that funded the Wagner Mars Base, was a dorky, insecure kid. He was picked on by bullies as a kid for his name, and found refuge at the zoo. There he learned about the viciousness of Hippos, a fact that would stick with him until his later years.

Eventually, he becomes a professional baseball player, on the Rook City Renegades as a backup outfielder.. Now, the Rook City Renegades are not a good bunch. To a man they are convicted criminals, and due to the Chairman's influence they have a steady cocktail of experimental drugs and steroids. They keep it on the downlow, but Eddie Wagner wanted to be bigger and stronger. After being kicked out for doping, the Organization picks him up as an Enforcer, though he continues to do his own jobs on the side. He continues to use steroids and experimental drugs, always measuring himself against Haka - is he strong enough yet to take the big Maoi warrior down? 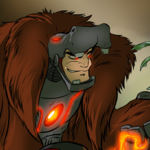