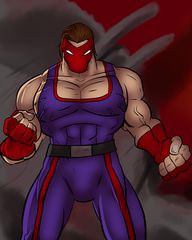 He has barely any grasp of language, and thinking of anything more complex than the most rudimentary of subjects can cause him pain. However, Karnal is good at following directions, especially, when those directions involve destruction.