The Letters Page: Episode 11
The Chairman 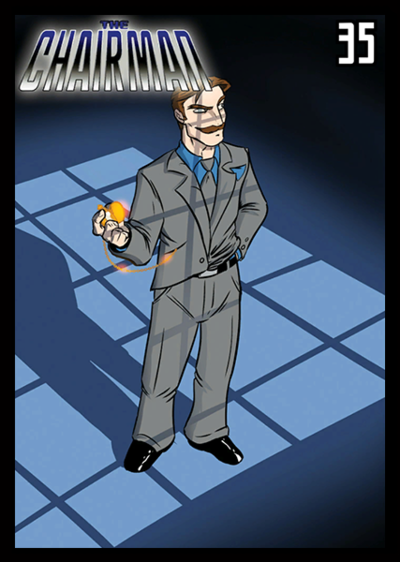 Time for crime! The sordid history of Chairman Pike is about to be revealed!

We start by talking about Jonathan Pike, the man you founded Pike Industries. We quickly move on from there.

We mention that the hero Black Fist is one of the first people to really oppose The Organization. More on him in the Mister Fixer episode. (Which Adam claims as his favorite episode so far. Christopher's is the Omnitron episode.)

Around the 19 minute mark, we give some indispensable advice for villains and crime lords.

Graham Pike goes on a quest to find the immortal dragon man, and meets Zhu Long as a result. Even gets to visit the Temple of Zhu Long. Lots of Zhu Long appearances in this episode.

Around the 27 minute mark, we discuss the five branches of The Organization.

Then, just after the half hour point, we introduce The Operative.

This all leads to 32:20, when we break down the sigil of The Organization:

Were you already aware of the meaning behind the sigil of The Organization? Let us know!

Get excited for BYOS! (Bring your own steak!)