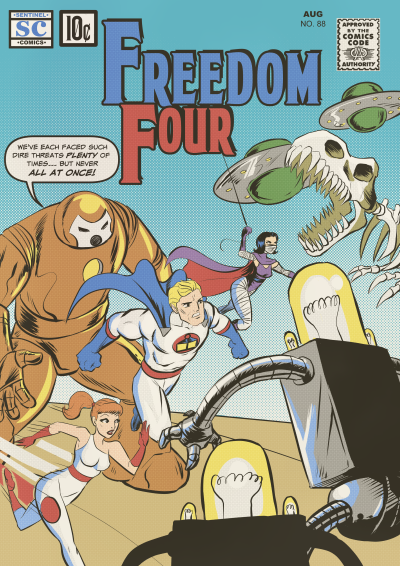 Our first ever Writers' Room episode! We're going to make a story together!

Only a couple minutes in, we claim we're getting right down to work... and then we goof around talking about cuts of steak or something.

But then! We tell you what we're talking about, who's in the issue, and build the entire story of that issue out on the air!

After a LOT of work, we take a fun assortment of questions, starting around the 1 hour and 15 minute mark.

No episode next week or the week after, due to Gen Con. We hope to see as many of you there as possible!

Discussion about the Cover