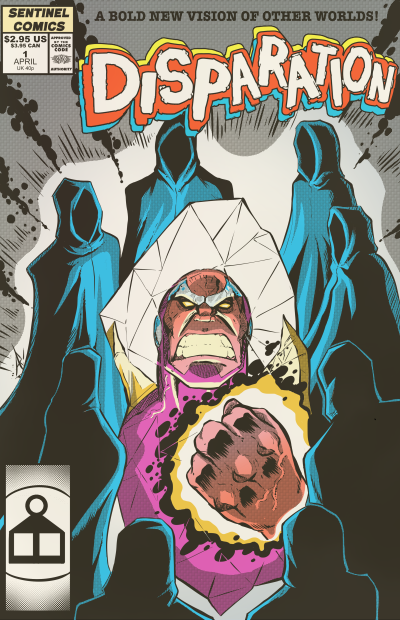 We create and tell the first official Disparation story!

This one is a delightful jaunt of an episode. We're excited to dig into a Disparation story again - each of the previous Disparation-focused episodes have been a lot of fun, and getting to tell the first ever is a blast!

Also, hot damn, that cover is awesome. Adam continues to knock it out of the park. If you're reading this and looking at the cover before listening to the episode, you'll just have to tune in to find out what's going on here!

Thank you to all of our listeners and supporters for making this happen, especially those of you over on The Letters Page Patreon. We are thrilled to get to keep making content for all of you.

What are the Stories?