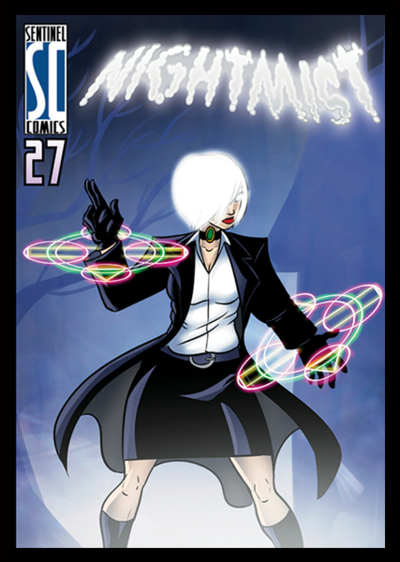 Before the show even properly starts, Christopher jumps in to apologize for not posting an Interlude last week. We recorded it! It was really great. And then, the files got eaten by the internet, somehow. We have new plans in place to keep that from happening in the future (we're glad that we lost an Interlude and not an entire Episode), but we'll just have to re-record all that stuff this Friday after we record the Gloomweaver episode. Sorry about that! We're pretty annoyed about it, but what can be done? Just gotta move on.

Now, onto the episode itself!

Before going on to introducing Faye Diamond, we first talk about her father Thomas, and before that, his father Joe Diamond. (As we discuss in the beginning of the Q&A portion, yes, that Joe Diamond from the game Arkham Horror crosses over with Faye Diamond from Sentinel Comics, due to a creation connection.)

Adam and Christopher get into sound effects and weird voices during this episode.

Around the 32 minute mark, we talk about NightMist during the Vengeance event, and how she gets shot with a regression dart and loses her powers. That's pictured in Baron Blade's Vengeance deck.

So, that happened. But it doesn't last! In a couple of ways, actually.

And that is the end of the NightMist story.