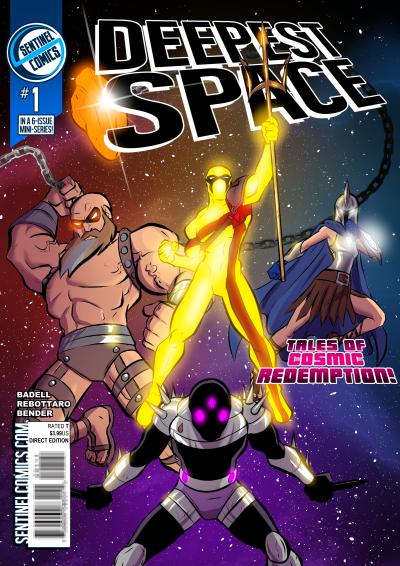 We banter about RPG stuff, then get into a series of conversations about just what comic book we're talking about today. You already know, due to the name of the episode and also the nifty cover art above!

We have a blast putting together all the building blocks, telling the story, answering your question, and discussing the cover. We hope you enjoy it, too!