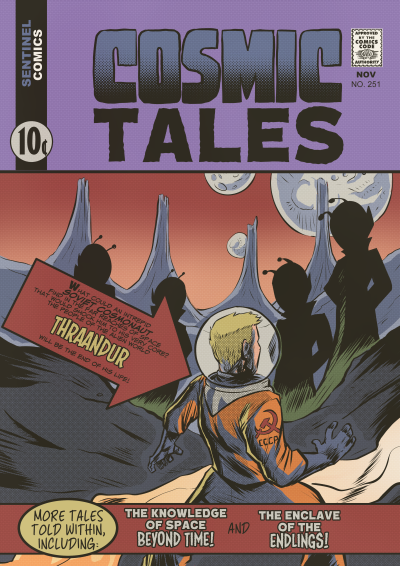 Enclave of the Endlings

We recorded this episode the day before Thanksgiving, but now it's the week after Thanksgiving! How does time even work?

We talk about a bunch of space stuff, to the point of even crafting and telling multiple tales, due to the anthology nature of the Cosmic Tales book at this point.

Around 32 minutes in, we get to your questions!

The day after this episode releases, we're recording another episode on a Wednesday - two weeks in a row! Amazing! This one is happening because we're about to be in Philadelphia for PAX Unplugged, so if you're around there, come find us!