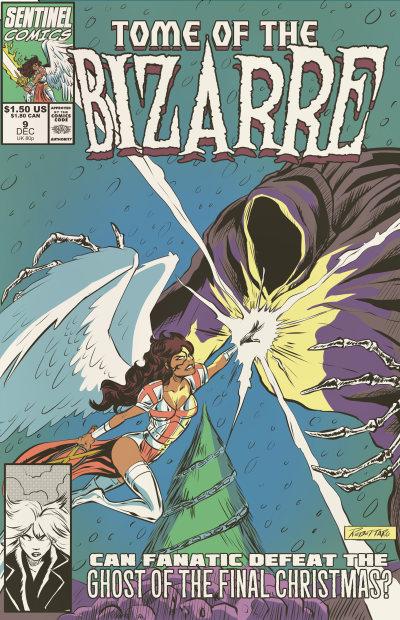 It's Christmas Eve! Let's talk about an avenging angel with absolutely no chill whatsoever.

We talk a bit about Christmas, and then, about 4 minutes in, we get to work!

We expected this one to be tough, but it turns out that we were visited by the ghost of Sentinel Comics past, and they did the work for us!

Just after the 53 minute mark, we start in on your questions.

At just before an hour and 15 minutes in, we talk a bit about the cover, which is shown above.

Happy Holidays, everyone! See you all next year!