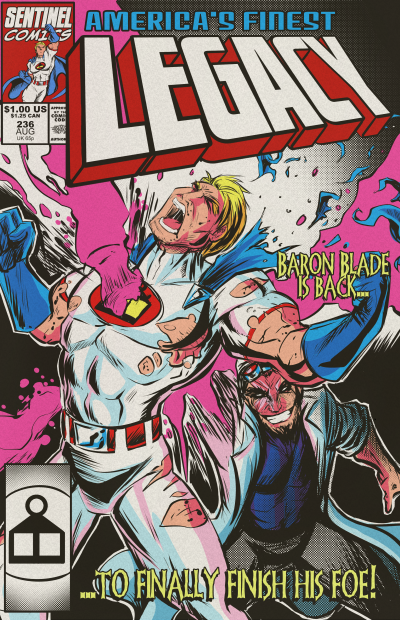 You didn't request an episode about the death of Legacy, but here we are!

As per the topic, we tell a story about a villain vs a villain, but with unexpected twists!

We get to the Overview just after 10 minutes in, questions at the 38 minute mark, and talk about the above cover at around 1 hour and 14 minutes. Note: the last question we answer is one of the best questions with one of the best answer, and also this is one of my favorite covers that Adam has ever done.