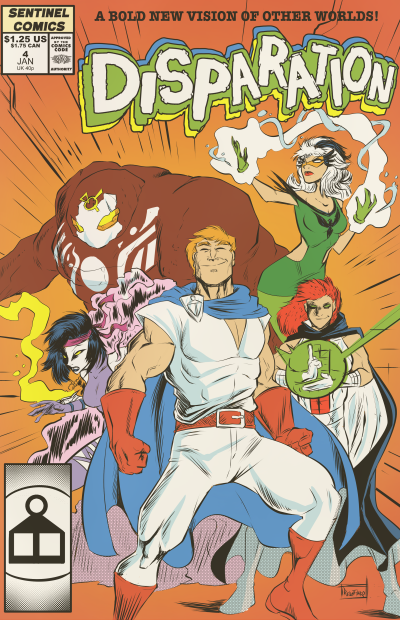 A familiar team, yet one that never was!

We do another early Disparation story! These are always fun.

Just a note on Letters Page timeline: we're pretty much back on our regular schedule but the episode numbering is one behind since we interjected with last week's non-standard episode. As a result, the first episode for March will be what was going to be the last February episode. We'll still have voting and Editor's Notes as usual, and we're still a week ahead on recording time, just in case Adam has to pull away for a week for baby reasons, which is not entirely unlikely. We shall see!