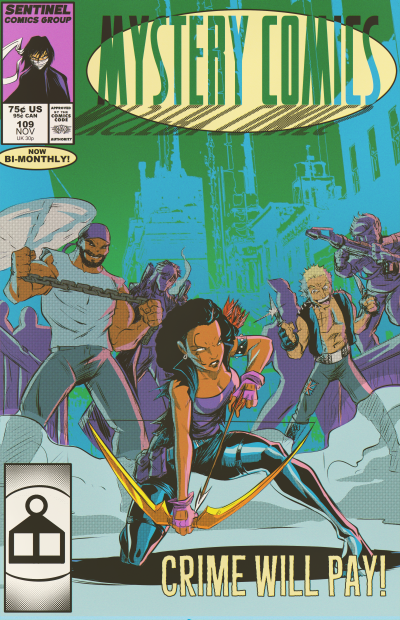 To be fair, Parse started out very murdery, and then mellowed over time. Today, we tell one of those early stories, and we do not hold back! Slight content warning on this one for (audio discussion of) graphic violence, as well as some drugs (not really drugs used, though - just drugs being generally around). Also, she's a jerk. Just so you know. Forewarned is forearmed, and with the amount Parse uses that bow, she's gotta have great forearms, right?

At around the 47 minute mark, we get into questions. You asked them - we answer them!

We talk a bit about the cover just after 1 hour and 16 minutes in, though you likely have already seen the cover by now. It's in these show notes!

Thanks everyone for listening! We're getting close to March, in which the recording and episode release schedule starts to get more normal. Thanks for bearing with us!