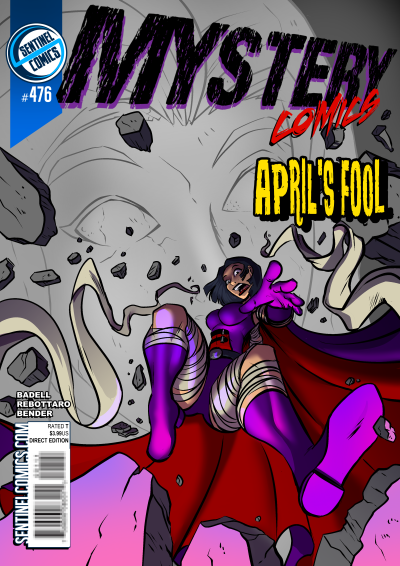 April will make a fool out of all of us!

This episode is the first one we've ever recorded remotely! If you can tell right away, apologies for the drop in audio quality. We'd much rather record in person, but the health and safety of Adam's family and Christopher's cat are too important to sacrifice. If you can't detect a notable drop in quality, that's because Trevor is an AV wizard!

As a result of not recording using our usual setup, we aren't able to pause recording really, so these episodes are much more "uncut". Trevor still edits them quite a bit, but we attempt to push through and do as much "live" as possible. Does that make for a better listening experience? Heck, we don't know - we've never done this before!

We talk a bit about social distancing and other current events for a bit, get to work around 8 minutes in, get to your questions a little bit after the 45 minute mark, and then talk about the cover for a few minutes starting just before the 1 hour and 19 minute mark before calling it a day. All in all, a worthwhile Friday afternoon, that we now deliver to you on a Tuesday!

We look forward to unveiling more of the Multiverse for you soon!