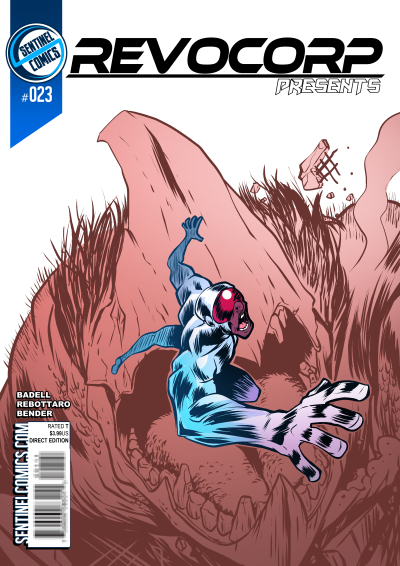 A story of a new standard!

Adam and I are both rather stir crazy already, but we're excited to be talking about Sentinel Comics! A lot going on here.

We banter a bit, but then dig into justifying Benchmark's backstory against issue numbers. We solve everything, and there are no more problems. Everything is fine. Oh, and also do a bit of thinking on morality/human nature.

Finally, we get into crafting and telling the story of the issue just after 14 minutes in.

We get to your questions at just before the 40 minute mark. We answer a lot of questions, not just about Benchmark, but also about Chrono-Ranger!

And, finally, we talk about the cover around 1 hour and 26 minutes in.

Thanks for listening! If you're on the Patreon, join us on Friday at 11 AM, Central time for the first live Editor's Note done entirely over the internet!