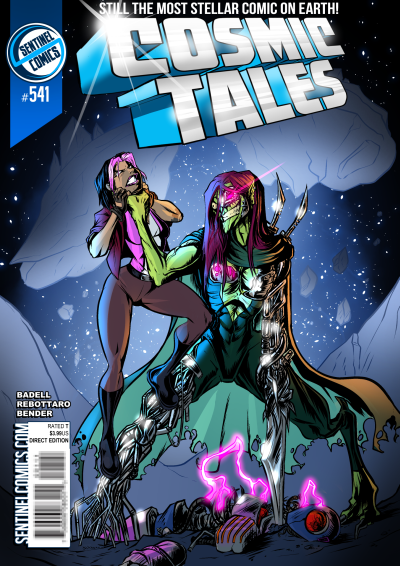 Cosmic? Yeah! What's more cosmic than a lady that makes robots with her brain and her best friend, a robot that she didn't make with her brain?

This is the first episode of Adam's birth month. If you're not into birth month celebrations for Adam... well, I've got bad news for you. That's what May is going to be. He likes a big to do about the whole thing, and I like humoring him. So there.

We talk about that (and a few other things, but mostly the birth month stuff) for about 4 minutes, and then we hit the ground running! This one is a lot of fun to see come together live, as we didn't know at all where it would go - the cosmic thing really threw a curveball into any of our prior thoughts, but it turned out great! At least, we like it. We hope you do, too!

Just after 44 minutes in, we dig into your piles of delightful questions. Thank you for your multitudinous queries!

A bit after the 1 hour and 24 minute mark, we talk briefly about the cover!

Thanks for listening! Catch you next time! Celebrate for Adam!