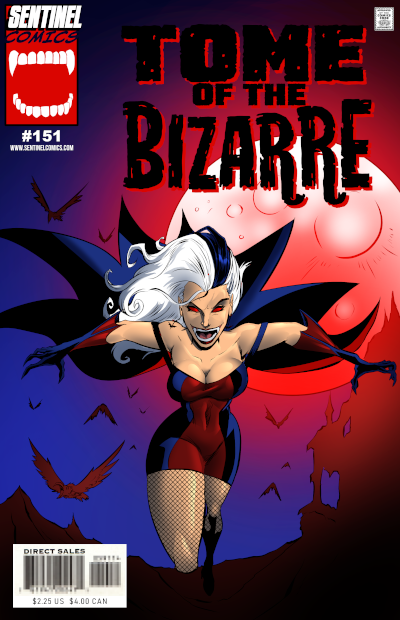 It's such a spooky time! Not as spooky as next month, mind you, but spooky enough to tell a tale of BLOOD!

Adam and I goof around for several minutes before finally getting into the sweet meat and sweet potatoes of the episode, at around the 5 minute mark.

We craft a thrilling tale! Neither of us knew where this would end up when we started, and you can hear us double back and rework the story as we go. Twists and turns abound! But, all told, we're pretty pleased with how it turned out. And not without future costs for both protagonist and antagonist alike!

At around the 53 minute mark, we start in on your questions, both related to Blood Countess and the Court of Blood, as well as a healthy crop of questions on the Phoenix! By popular demand!

At the end of the episode, we take only a minute or so on the cover before wrapping things up. It's nice when something comes together so neatly.

Thanks for listening, everyone! This Friday will be another Publishers' Note, featuring the return of Paul! If you have questions for him, or for me and Adam on pretty much any topic, send us your questions using this handy form!

Also, the Freedom Five board game is LIVE NOW on Kickstarter! We'll talk more about it over the next few weeks on various Letters Page episodes, especially this upcoming Publishers' Note. But you don't have to take our word for it - go check it out!

I admire that handsome lord of the sun.
Who against the Ennead has twice won.
Who captivates the heart of Fanatic.
Who has a flair for the dramatic.
Who is the form of the great archaeologist.
Who on subduing evildoers does subsist.
Who has many times worked with NightMist the occultist.
Who can of the citadel queen’s energy resist.
Who burnt a piece of OblivAeon in a fiery rage.
Who was worshiped in Egypt in the Bronze Age.
Who is the friend of that great alchemical sage.
Who is the protector of this magic place mage.