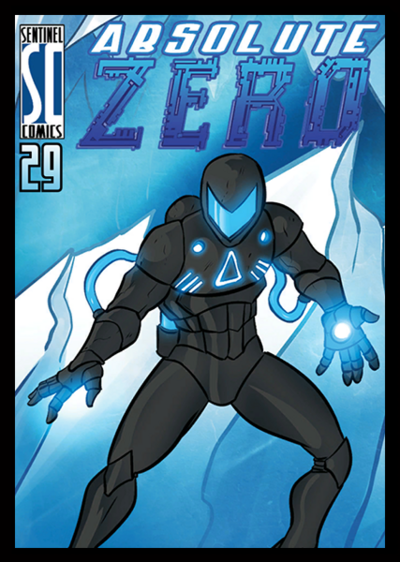 Today, we talk about a character with as depressing a name as his backstory! Hooray?

Right off the bat, we get started with the story of the FIRST Absolute Zero! Surprise!

Just after the 3 minute mark, we lose our highly focused train of thought and devolve into madness, discussing the difference in scariness between Nazis and Nazi Ghosts. And then what to do about ghosts. We do this for... minutes. And then return to the backstory of the first Absolute Zero. There's no excuse for our behavior.

We do get into some of the backstory of the Golden Age of Sentinel Comics in the first fifteen minutes of this episode. We also goof around a bit.

At 19:28, I get ahead of myself and talk about a thing that I wanted to save for the Q&A portion... but it didn't get cut, so you get to hear what it sounds like when I change my mind on something I'm saying! Yay? Behind the scenes!

Around the 25 minute mark, we talk about Absolute Zero & Tachyon's Sentinels Book Club! Both of those members of the Freedom Five have book recommendations for this episode!

Our answer to the first letter read in the Q&A segment (a bit after the 40 minute mark) explains why we have two Absolute Zeroes. There was a reason from the real world?! Not the fictional world Adam and Christopher spend the bulk of their lives living in?! Look, I'm as shocked as you are.

Next week, we talk Vengeance!