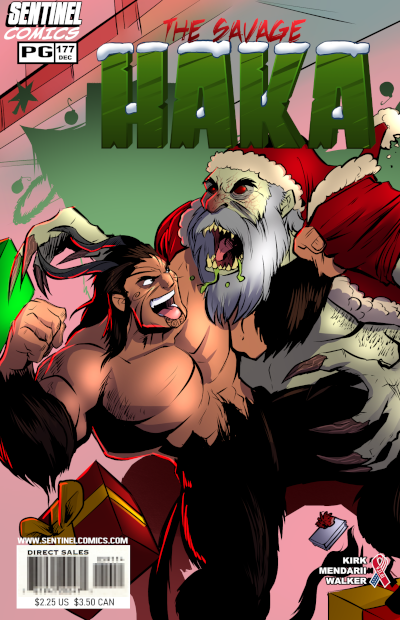 Adam is back! Or, rather he will be starting next month! Except next month's schedule will feel similar to the last couple months because of beginning of the year reasons and having a packed Editor's Note! But forget about all that: ADAM IS BACK! Sort of! Whatever! Get excited!

We are silly for about 7 minutes, and then we get into actually writersing this room, in which we continue to be silly. That said, given that this is a Haka story, who could have guessed that we'd start with an action-based story but then pull a switcheroo and make it about feelings and sadness? Would we do that? Who can say?

After much storying and telling and a little crossover of both of those words, we get to your questions at around the 41 minute mark.

At around an hour and 28 minutes, we talk very briefly about a cover. We know right away what it should be. Glimpse its glory above! Quite good.

Join us this Friday for our year-ending live recording!