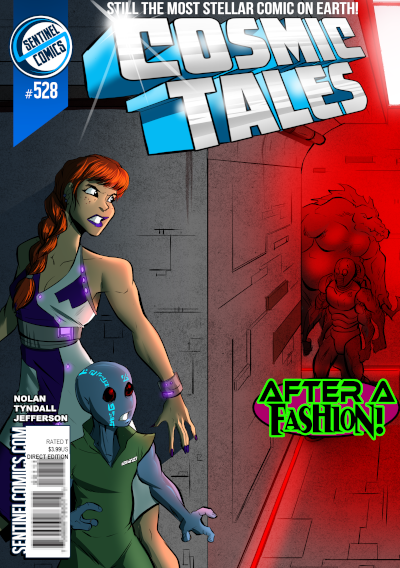 Back to the drawing writing board!

We do some goofs, as per usual, then get into it. We set the story straight on Fashion — her appearances, her character changes, her disappearance, her reappearance... look, there's a lot.

Then! We craft a tale! For you!

After over half an hour of story making, we get to question answering! And then cover discussing, the results of which you can see above.