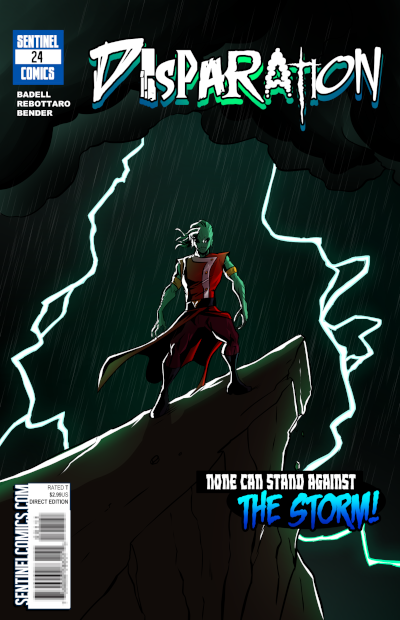 It's been a long time since we did a Disparation episode, and man, it feels good to be back at it! In the words of our very own Trevor:

"Definitely one of the better Disparation ones." - Trevor Casterline

Whoa, slow down there, Trevor! Praise of that caliber is likely to go to our heads!

But before we can get into that, we've gotta goof around on a variety of topics, of course. But only for about 7 minutes!

Then, we get into a bunch of backstory, some temporal positioning, and some issue number questing. And then! A story! A story in which motivations run deeper than we even initially realized!

At just after the 48 minute mark, we get to your many questions. And heck, we almost answer all of them! More or less! Give or take!

We talk very briefly about the cover seen above, as it ended up being a straight forward concept, but wow Adam knocked it out of the park again, right? Damn that looks cool.

Join us this Friday for Editor's Note #45! For real! We mean it! We're really finally going to do that long lost Editor's Note! Nothing's gonna stop us now!