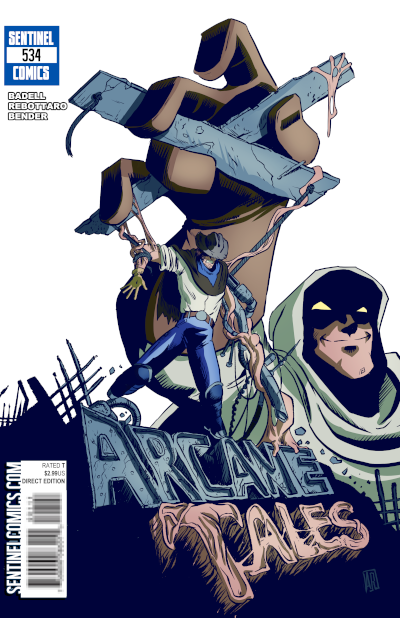 Biomancer is back, but with a more explained plan than ever before! Still not THAT much explanation, though. It's still Biomancer.

We're excited to bring you another Biomancer story. He's very much a "sometimes food", but we enjoy it when it comes up.

We do some goofs, figure out where/when in the history of Sentinel Comics this issue lands, and tell the various parts of this story, all of which takes just over half an hour! We're getting pretty good at this.

Then, we get into a ton of mostly-Biomancer focused questions. Go figure that such an enigmatic figure would raise so many questions.

Join us next week for a Disparation Writers' Room all about La Comodora in the Extremeverse! Get your questions in now!