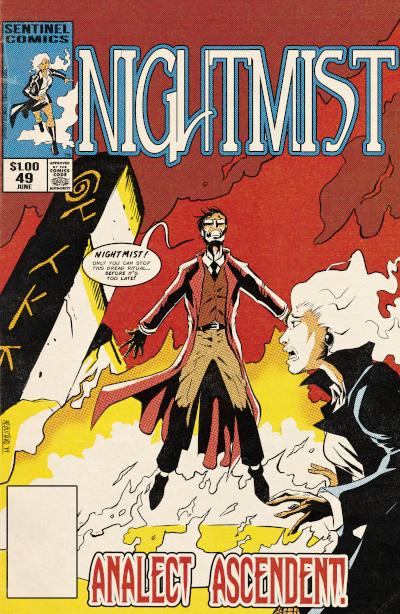 Finally, you get to see the Soothsayer himself, and on a comic cover, at that!

So, we do some goofs, but then the story came together... so quickly? Whoops? It's OK — we spend extra time in the question section, as a result!

A very important thing happened last week while we were recording this episode! We here at Greater Than Games were nominated for several ENNIES! Learn more in this blog post I made yesterday. Two big things: this podcast was one of the nominations, so this is now an Ennie Award Nominated podcast! Can we win an Ennie? That's up to YOU! Voting runs Wednesday, August 18th through the 27th! The second thing: the Sentinel Comics RPG got a bunch of nominations, so that's what the upcoming Bullpen will be about, which we're recording live this coming Friday! Come join us!