The Letters Page: Episode 2
The Wraith 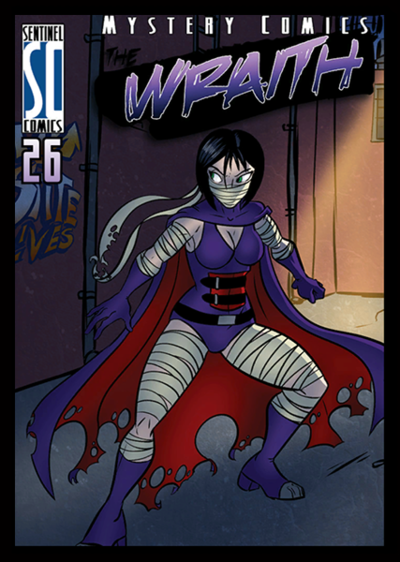 In the first three minutes, Christopher says that there's another 45 minutes of episode to go. He vastly underestimated how much he and Adam are able to talk about The Wraith. By about half an hour.

Because she lives, works, and fights there, we talk a lot about Rook City. Check out the Sentinels Wiki for more information on that terrible place.

Adam perfectly NAILS the name "Madame Mittermeier's Fantastic Festival of Conundrums and Curiosities" right off the top of his head. Props.

Also, we linked to the Sentinels Wiki a bunch in these show notes. That's because the fine folks over there do such a great job. Keep up the good work, Wiki-mancers!

Don't forget to rate us on iTunes! And anywhere else that we can be rated! Yelp? Foursquare? The Better Business Bureau? Rate us everywhere!