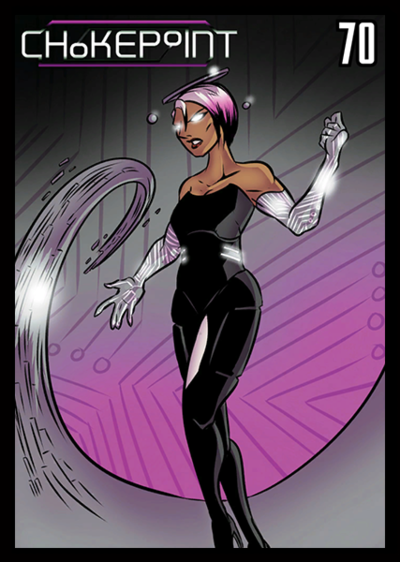 Today, we talk about the tech-bending villain Chokepoint!

Around thirteen minutes in, we talk about The Block, and then a few minutes later, we introduce the F.I.L.T.E.R. Agent Paige Huntly. More on her next week, and more on FILTER and The Block the week after that!

We get through her entire backstory without digging into the Termi-Nation story... but not to worry! We do a HUGE section in the Q&A portion of the podcast all about Termi-Nation.

Adam reads a letter from the Cult of Gloom. After the episode, we went to the hospital, but they don't deal with that sort of thing. So, he'll probably be fine.

Listeners! Tomorrow (May 31st) is Adam's birthday! Two days after that (June 2nd) is Christopher's birthday! For our birthdays, please send us questions about F.I.L.T.E.R., Sergeant Steel, and The Block! Next week is the K.N.Y.F.E. episode, but we've already recorded that one, due to Christopher being in the UK this week for the UK Games Expo. If you're at that show, go see him in the Greater Than Games booth!