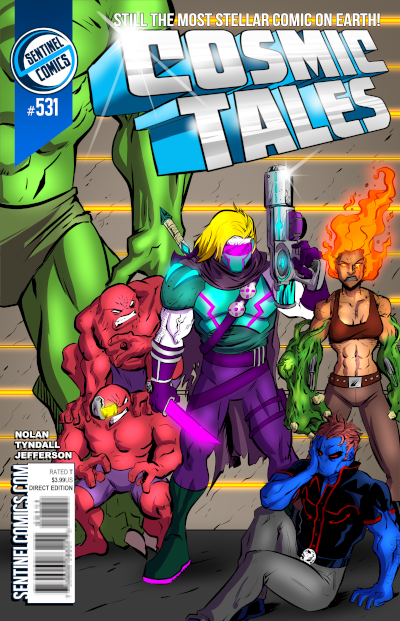 What's happening out in space? Nothing much, right?

Adam is sick! Christopher is injured! But, against all odds, they perseverse and end up telling a tale they're both very proud of. Does it hold up? Do you folks like it as much as we do? Gosh, we hope so!

But first, we gotta tell you all about the recording schedule from now through the end of the year! With conventions, holidays, and other travel, our recording schedule is weird for most of the rest of the year. We'll make sure to share the details again in each upcoming Editor's Note, but we wanted to talk through it as well today, since it matters for question submission. Anyway, we go through the whole thing on the air. Tune in and find out!

We hope you enjoy this story! It quickly became one of our favorites.

Also, get your questions for both Episodes #226 and #227 (Writers’ Room: NightMist and Alpha vs The Court of Blood and Writers’ Room: Tome of the Bizarre Vol. 3 #11, respectively) before this coming Friday, as we're recording both on that day!