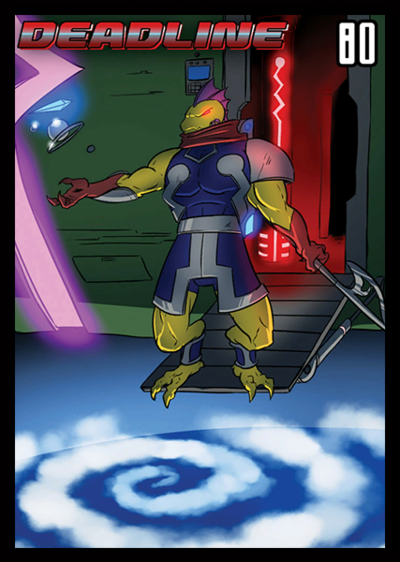 Tarogath... the destroyer? Or savior? Or just all-around jerk? You decide!

This is a no-nonsense episode! (Meaning we only engage in minimal nonsense.) It's not the longest episode we've recorded, but it might be the most jam-packed with exciting info!

More info on blood magic and vampires and such today, around the 23 minute mark. And in the questions, as well!

Shortly after that, we actually delve into more of the details of the OblivAeon event than we've revealed before. Makes sense, as Tarogath is rather important to that event!

Just after 41 minutes in, Christopher said, "Tarogath, who became the villain Deadline, who then became the villain Lifeline." (Italics for emphasis.) Definitely meant hero there. Just talking too fast. Whoops! Lifeline's not a villain.

This coming Thursday's Interlude has already been recorded, but you still have some time to get your Chrono-Ranger questions in! Send 'em our way, buckaroos!