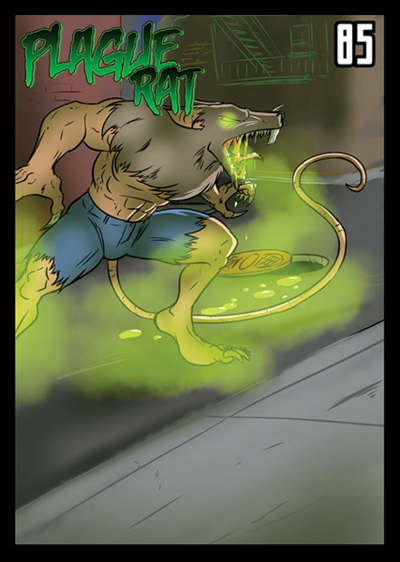 An episode about a slavering rat beast!

Just a warning: we rehash some old jokes this show. We're out of material, folks. You heard it here! We're already washed up.

But there are also some actual reveals in this episode! Like Plague Rat's real human name from before he was fully rattened!

This is an episode of cautionary tales and important life lessons. Brush your teeth. Don't play in the sewers. Don't do drugs. Or crime. Stay in school, kids.

We go from drug dealer, to rat beast, to infectious rat beast, to captured rat beast... look, a lot happens with Plague Rat, actually. You'll just have to listen to the episode!

And we have a decently long Q&A segment today! Lots of fun stuff there. Good questions. Strange answers. And even a few twists!

And we wrap up with a glimmer of hope for the future.

Next week is Ra!