The Letters Page: Episode 28
The Ennead 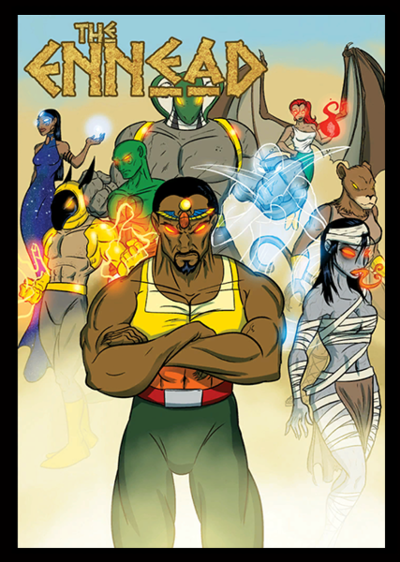 There's a lot of rambling nonsense and nonsensical rambling in this episode, but there's also a lot of good story!

Just before the ten minute mark, Adam divulges his scale of animal evilness, from most evil to least evil. So, that's probably a useful thing for all of you out there in internet land.

Then, a bit after the fifteen minute mark, The Ennead start taking over Egypt, and we talk for the next 5-10 minutes about how locked down that whole situation was.

Right after the 26 minute mark, we tell a few but very minor story about Set after The Ennead event. I'm calling it out here because I really like the story. It's not an important story, but it's fun.

Just how many times do we say "reservoir" in this episode?

Right before 34 minutes in, we do a "and then they all died" bit THAT IS TOTALLY TRUE. They all died. Period.

The next thing we do is answer a question - our first question of the episode - in which we reveal a retcon that happened within the pages of Sentinel Comics.

As promised, here's a link to the page of the ARG in which Ra and The Ennead showed up for the last time in the Multiverse.

SPOILERS! Starting at the 60:50 mark through 68:25, we talk about spoilers for the Sentinel Tactics timeline, so if you want to wait until it's released to play through the story content yourself, skip this spoilers segment.

Thanks for listening, everyone! Thursday is the longest interlude ever! Talk to you then!