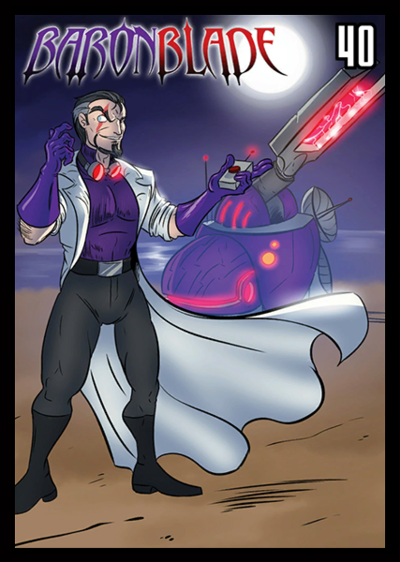 Oh, man. Some big reveals in this episode. Let's get to it!

Just before the seven-minute mark, Christopher mentions that we've said before that we're not going to turn this into a Star Wars podcast. Trevor has to edit at least a few minutes of Star Wars discussion out of almost every episode. We like Star Wars.

While discussing the "Trial of Baron Blade" story, we talk about the super-powered law blog, Law and the Multiverse. We recommend you check it out.

On Thursday, we'll post an Interlude episode about what episodes you can look forward to in February. Got questions for us? We welcome them! Ask them using our handy form!