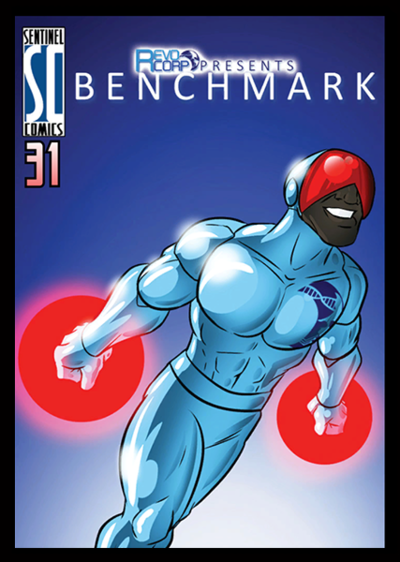 Corporate shenanigans! Ready to meet the CEO and more? It's time to talk about Revo-Corp!

We dig pretty deep into untold tales and history to reveal the Revo-Corp story. This is all stuff that happens on the sidelines (for the most part) of the Multiverse, but we'll cover how it ends up impacting the world of Sentinel Comics.

The Q&A section features people questioning our lies. It's good to see that we're getting that message through.

Also, last week's question in the Spoilers section was from Matchstickman. Sorry for making that clear in that episode! We hope that Matchstickman can forgive us. And also forgive us for what Adam does in this episode.

Sorry for the brief show notes today - we just got back from Gen Con yesterday and are still recovering.

Speaking of Gen Con, next Tuesday's episode will be the recording of the First Annual Gen Con Live! The Thursday after that, we'll release a "Gen Con Retrospective" interlude. And then back to the regularly scheduled hero and villain episodes next month, starting with Haka!