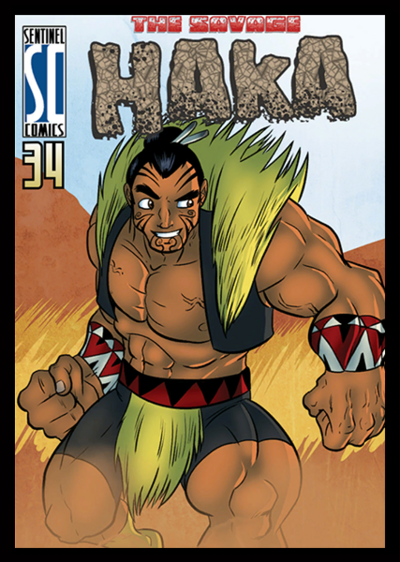 We get right into it on this one, as we've got a lot to talk about. Within the first few minutes, we're already into the backstory of Aata Wakawarewa!

As a result of us digging right in, we manage to get through the Haka overview, from backstory to OblivAeon, in 25 minutes! On to your questions!

We had a lot of fun in the Questions section, because we got so many great questions! Haka has a lot of great stories, and we're happy to recount them.

Shortly after the 75 minute mark, we have our first call out of the episode to any of the strange meta-question nonsense things that goes on in these episodes. And shortly after that, we dive right into the nonsense.

After that dip into silliness, things start getting a bit more serious, and the questions and answers after the 80 minute mark start a turn for the worse.

Around 88 minutes in, we read a question that leads to the answer of "how the heck is Haka doing what he does?" We go into the complete answer here, but we intentionally leave out who is behind all this. We will reveal who that is... soon.

At the 95:30 mark, we begin a Spoilers section! Don't listen if you don't want spoilers for the end/branching point of the Haka stories! You can safely begin listening again at 98:45.

Next week, we'll be releasing both an episode AND an interlude! The episode is all about Ansel G. Moreau, AKA Ambuscade AKA Stuntman, and the interlude will be about the Slaughter-House Six! We're recording that episode and interlude on Friday, so make sure you get your questions in by the end of day this coming Thursday, September 7th.