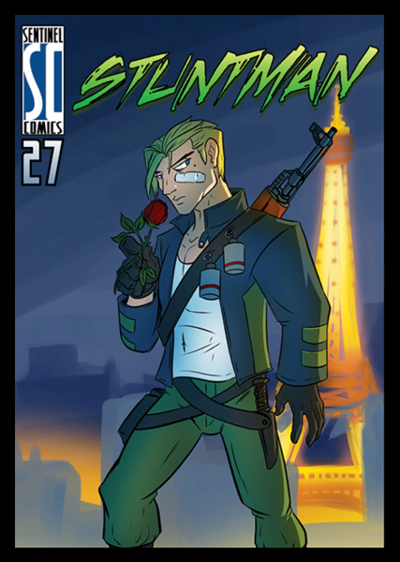 Ansel G. Moreau is a famous movie star! He does his own stunts!

Shockingly, this is the longest episode we've ever done! Man, that Ansel G. Moreau really loves to steal the scene.

We apologize right off the bat for the quality and quantity of bad French accents in today's episode. We're so, so sorry.

After the Ambuscade story stuff in the first 25 minutes, we get into a fun Mainstay and Ansel story that both Adam and Christopher end up having too much fun with on the air. It takes almost as much time as everything else that leads up to just that one story.

40 minutes in, we get into spoilers for OblivAeon territory, but we're just spilling the beans now! Have we spoiled that info before? We don't know... but we're doing it anyway! This episode is full of ups and downs.

Then, we get right into your questions! Of which there are many!

In the Q&A portion, we talk a lot more about Ansel G. Moreau's film career, his connection to Revo-Corp, and indulge in a decent amount of listener-meta-silliness. All told, a fine time.

When we get into the future section, we spill some spoilers, but don't really tag them. Just putting the future story stuff right out there! If you want to avoid RPG spoilers, maybe skip from 117:45 to 119:35.

See you in a couple days for the Slaughter-House Six interlude!