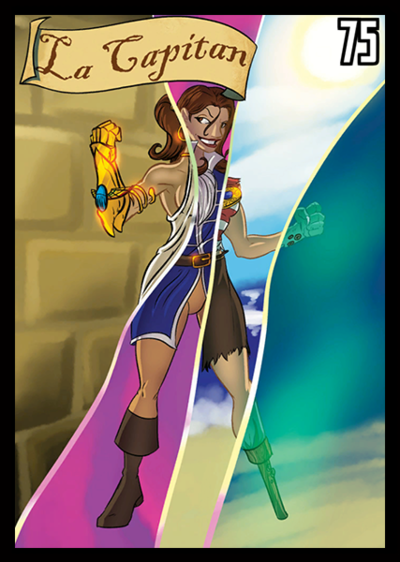 Managed to keep this one just barely under 2 hours! Sorry about last week!

We start by announcing that Interludes are dead - long live Editor's Notes! They will be about the same, but we'll no longer do Thursday episodes with in-depth story content, such as the Slaughterhouse Six Interlude.

As promised a bit after five minutes in, here's the chart we drew up about Maria Helena's appearances in time: La Chart

For those who cannot read my handwriting (and, let's be honest, I can barely read it), down the left side of the image are the various stages of Maria Helena:

Then, there are 9 points in time listed (with red words) along the timeline (the blue line). Those red labels, from left to right are:

This chart will only be somewhat helpful without listening to the episode itself.

Many apologies for the confusing nature of time travel. Fortunately, we're following her story from her point of view today, so that should make it a bit easier. Maybe!

Also, in this episode, we reveal a comic book series that has always been a part of Sentinel Comics, though not used in quotes on cards in Sentinels of the Multiverse, due to being non-canonical. That book is called Disparation. It plays an important role in this episode.

Around the 48 minute mark, Adam succinctly sums up how La Comodora combines all Hakas into two Hakas, as discussed in the Haka episode. Here's another version of Adam explaining that event: Rudder in the Timestream

Worth a thousand words, right?

This episode is pretty evenly split between overview and questions. We get into the Q&A portion pretty close to the halfway point, around 51 minutes in.

Lots of time travel shenanigans in the questions, and some pirate voices as well.

Just after 71 minutes in, we get new limericks from the challenger, Arcanist Lepus!

Around the 88 minute mark, we get a question about Chiquito that ends up leading to actual explanation of how La Paradoja Magnifica works. Spoilers: it has nothing to do with anyone eating a strange alien monkey creature.

We get a question 97 minutes in that result in us telling the story of the Black Spot variant of La Comodora. Void incursions abound!

At around an hour and 51 minutes in, we get a suspicious question about a bunch of alternate reality characters seen in one of La Capitan's deck, and we talk a bit about each of those heroes and where they come from.

And then we're done! Possibly the shortest future section ever in today's episode.

See you Thursday for the first ever Editor's Note!