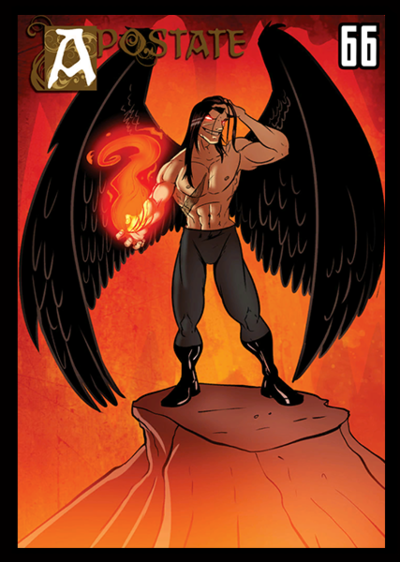 Much like the Fanatic episode, we recommend not listening to more than the first 5 minutes of this episode if knowing the truth of Fanatic and Apostate would ruin the characters for you. We do brief overview type stuff before getting into the dark truths of Apostate, but after that, all bets are off. Next week, we'll get away from all this stuff and dig into a character who has had his hands in more of the Multiverse than you might assume!

Around 9 minutes in, we accidentally do a preview of what the episode on Biomancer will sound like. I'm so sorry.

Just after the 24 minute mark, we learn that Adam doesn't care for Christopher's singing. Jerk.

49 minutes in, we get to your questions!

A bit after the 90 minute mark, Christopher attempts to craft an analogy using gelatin. It goes poorly. Everyone ends up the worse for it.

Lots of great info in this episode - we hope it further explains what's going on with Apostate, Fanatic, and [redacted].

Join us next week for The Scholar! Get your questions in now!