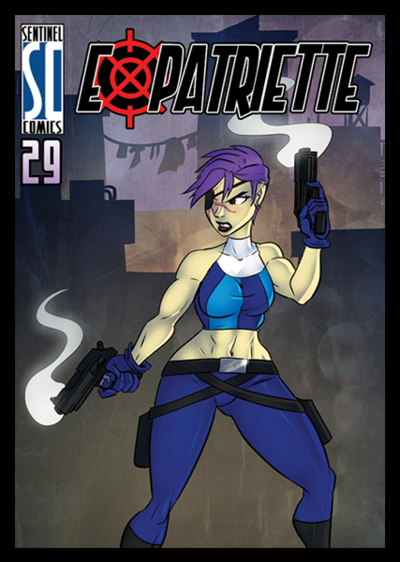 Hoo boy! We're having trouble sticking to this "one-hour-show" thing, aren't we? We just have so much to say!

We mention that Amanda Cohen - AKA Expatriette - is not related to Leonard Cohen. She's really not. But he's great.

In attempt to appeal to younger generations, Christopher uses the phrase "on fleek". No, he doesn't know how to use it or what it means. But does anyone?

We talk about Expatriette's first unfinished mission, in which she fought and failed to kill a mechanic in Slim's Auto Shop. I wonder who he could be...

After Christopher and Adam briefly discuss six-sided dice vs. twenty-sided dice as "standard" dice, Christopher mentions he'll make a survey and put it in the show notes. Here it is! We'll probably stop taking responses at some point... maybe not, though!

Both Christopher and Adam bust out their fake French accents during the Q&A portion of this episode. We're sorry. We're so sorry.

See you next week for an episode about Expatriette's mom!