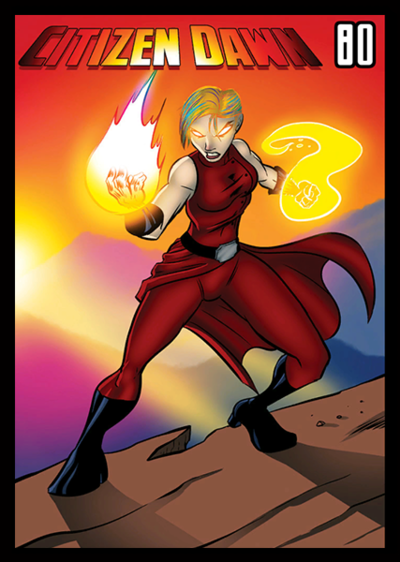 As a note, today's episode is about a pretty terrible person. She's a villain, and not really a sympathetic one. Just so you know.

Because of the impressive number of questions you all asked about Citizen Dawn, today's episode features a slightly shorter character overview segment, followed by a much longer Q&A section. Great work everyone - keep those questions coming!

The character we're talking about this week is the mother of the character we talked about last week, so there's a lot of information you'll want in this episode. If you missed last week's episode, go check it out! Then come back. No rush - we'll wait.

Here's the photographic evidence of Adam's inverted Citizens of the Sun mug.

We mention that Citizens Hammer and Anvil are the best. They are. True fact.

Next week, we talk about Setback! We're recording that episode on Thursday, February 16th - a day earlier than usual - so get your questions in by Thursday morning!