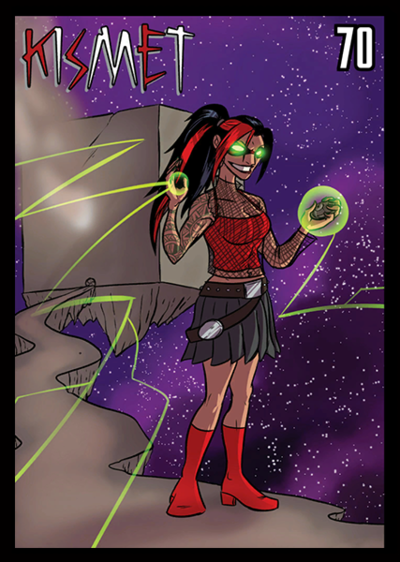 Time for some tricks - we're gonna talk about Kismet!

In the intro, Christopher mentions the shirt he's wearing. Because he's a fun guy.

We talk about The Block - an extradimensional prison detached from time and space - a few times in this episode. It's pictured behind Kismet there in the cover image for this episode.

As mentioned, Kismet exists because of a winning entry to our 2012 Create A Villain Contest! Well done, Alex.