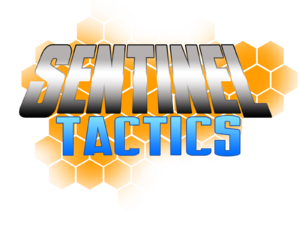 The For Profit expansion contains additional characters and scenarios involving content from both the Flame of Freedom and Battle for Broken City core games.It was announced during the second Pre-Order event on GtG Website for Sentinels lines products. See the announcement here.

Life has been good for the ragtag team known as "For Profit". They have been working some good jobs - gigs that pay well for minimal effort. Robbed a few banks, museums, and even stole a luxury yacht! However, now they've been contacted by a new client who wants significantly more dangerous work from them… but is offering a LOT more money! And money talks, especially when you're dealing with For Profit.

People become villains for a wide variety of reasons. Some crave power. Some already have power, and use that power poorly. Some make poor decisions but for understandable reasons. Some make intentional decisions to behave poorly. Some have grand designs and will not let anyone or anything get in their way, regardless of right or wrong.

But some just want to get rich.

Many "small time" villains end up working together or at cross purposes at one point or another. Some of them, when those paths cross, come to blows or worse. But some see the potential in a mutually beneficial arrangement. Possibly the most infamous of these arrangements is For Profit.

Ambuscade, having worked with or against many villains in his time, has seen some moderate success in working with others. Now, however, he is not working towards any specific purpose, other than the accumulation of wealth. Approaching other powerful individuals who have shown the right brand of "moral flexibility", he proposed a plan which would culminate with each of them more wealthy than ever before.

First, The Operative agreed to work with him. After her loss of status with the fall of Rook City, and then the failure of her attempt to gain a foothold in Megalopolis, she was ready for a change of pace. Taking money and keeping it for herself seemed a lot easier than her previous assignments, and actually working for herself was just the change she needed.

The two of them were a strong enough team to entice others to join their venture. With the addition of a few key members, the team For Profit was born.

A former member of a F.I.L.T.E.R. strike team, Becky Blast wants nothing more than to blow things up. Turns out, the components to make explosives aren't cheap, so joining For Profit meant bigger and better explosions, and more of them! How could Becky say no to that? Her knowledge of bombs and her reckless demeanor make her one of the most dangerous members of For Profit, especially to her allies.

The masked man known as Heartbreaker has been through a lot. He used to work on the side of the law, but enough corruption can turn the most stalwart of men. Loss and disgrace taught him that he could not protect those around him. Hell, he couldn't even protect himself. But he could take. From lawman to assassin, his life turned from chasing righteous goals and failing, to chasing personal gain and succeeding. Heartbreaker may be a scoundrel, but he knows his business.

There have been many voices behind the mask of Glamour, but no faces at all. The latest Glamour has more power than any previous incarnation, but with that power comes a sense of desperation. She acts almost as if she has seen what happens when she accomplishes her goals, and it's not what she wanted at all. That said, she openly uses her abilities of misdirection to aid For Profit in their heists and schemes, comforting herself with the benefits of inordinate wealth.

In the For Profit expansion, Becky Blast, Heartbreaker, Glamour, and Hippocalypse will all be playable characters, and the scenarios will involve their various plots and stories as they seek riches. Additionally, anyone who preorders For Profit will get promo character panels for Ambuscade and The Operative, depicting their character advancement as part of the For Profit team.