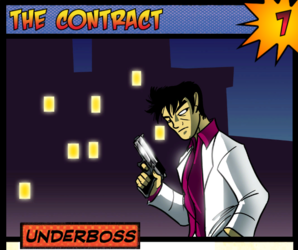 Name: The Contract
HP: 7
Title: Underboss
Found in: The Chairman 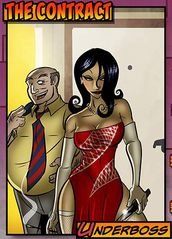 The Operative knew she needed someone who would control the Thugs which make up the "Front Lines" of their street-level operations. She contacted various assassins and wet-workers, lookng for someone to fill a specific roll. However, she was surprised by Irene Vargas. Irene paid The Operative a visit, explaining that she was really the only choice for the job, and leaving a simple calling card. When The Operative attempted to get in touch with any of the killers she'd previously considered, she found that all of them had disappeared, though a few bodies were already resurfacing. Irene was correct - she really was the Only choice.

Irene Vargas now works as The Contract for The Operative's New Organization. She enjoys the power and prestige, and her work is never noticed … until it is too late.